Home Intro Archives Guidelines Two Sides Why don't I write more? On Baggage Estrangements.com
How do you know if you're getting better?
Baggage, baggage, and more baggage 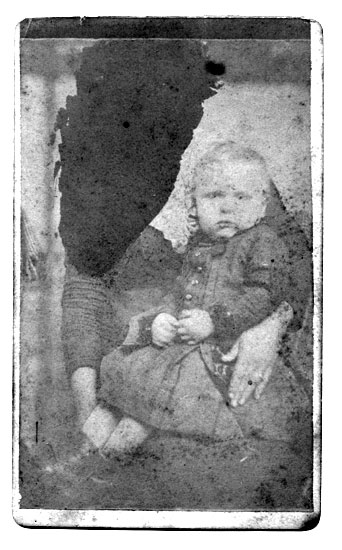 I am reading estrangement into the action taken on old photographs.

The photo above is a carte de visite (cdv) from the early 1870's. The mother's face was scratched out in the negative prior to the image being printed. It would have been scratched out by the photographer himself. Perhaps she was his wife whose face he never wanted to see again. The photo becomes an iconic image of estrangement.

I imagine that she was once loved and that the person who had loved her must have been the same person who scratched her face out of the negative before printing what may have been the only image of their child. (Why else would someone print an image that they had damaged in tis way?)

Here's another one, a tintype from the 1860's to 1870's. Like the cdv, the mother's face was scratched out by the person who made the tintype. 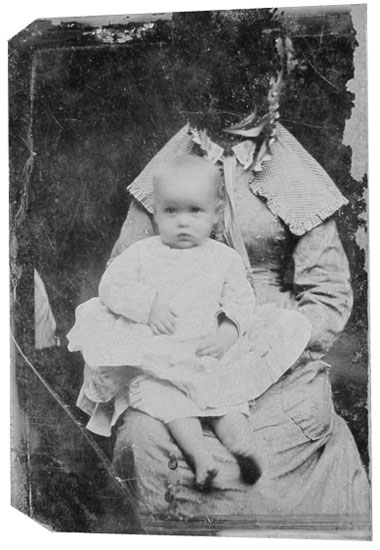 I doubt that they were able to forget the person with as much success as they removed their faces from the photographs.